Leonid Utesov was actually born Leonid Osipovich Vasbein, but changed his name in 1911 when he started his acting career on stage.

Living from1895 to 1982, he became the local king of jazz and is an officially recognized artist and folk hero. Revealed in 2000 by the sculptor A. P. Tokarev, he is depicted relaxing on the bench in City Garden. From his location, he has an excellent view of the pedestrian mall which is Deribasovskaya Street. 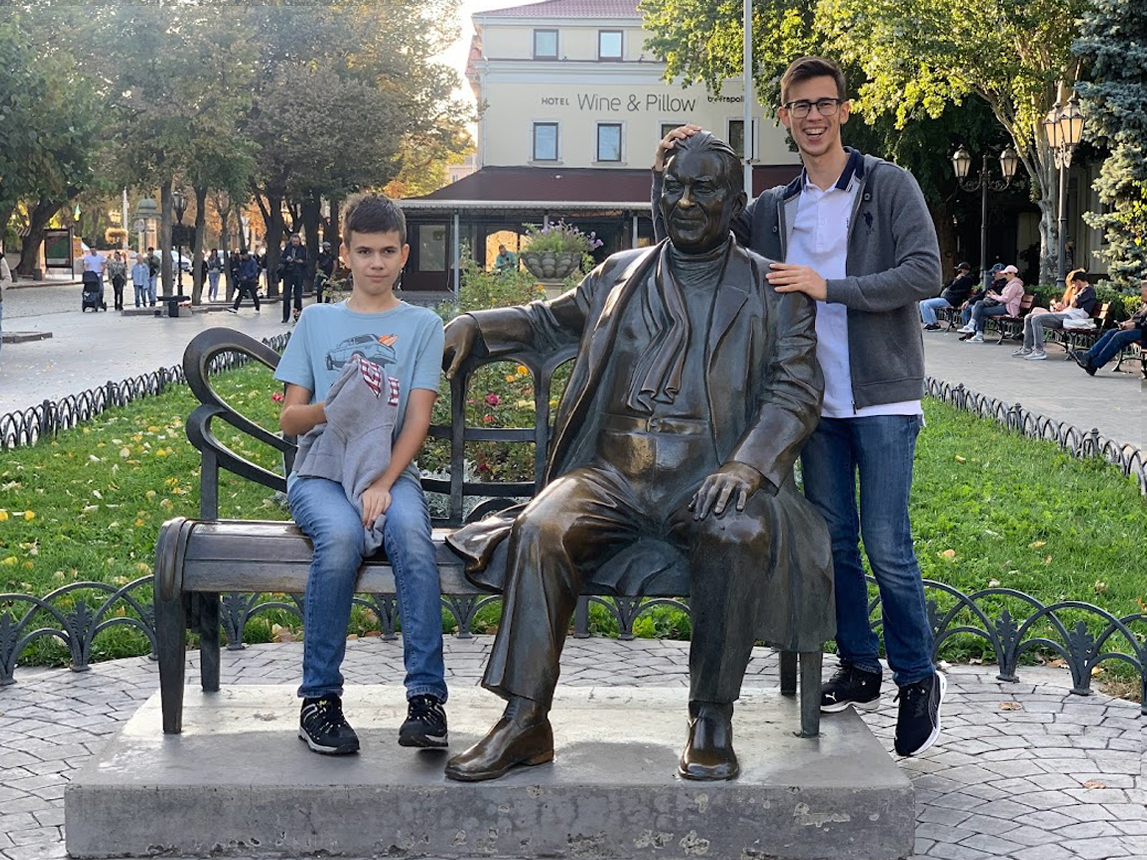 From the loudspeakers nearby one hears the legendary songs of Utesov; You Are From Odesa, Miska, I And My Masha Are Drinking Tea From A Samovar, Everything Is Well Beautiful Marquise, The Ship, There Is A Town That I See In My Dreams and A Happy Song Uplifts The Spirit.

Despite aiming to become an actor, the dream of having his own jazz band captured his heart and imagination. So, on the 8th of March in 1929, Leonid Utesov and his jazz band opened their first set at the Leningrad Small Opera Theatre, and he was quickly on his way to becoming the most celebrated and respected musician in the Soviet Union, a real jazz legend!

His band's popularity soared and, before you know it, they were performing at almost every important event in Soviet history, including the Red Square Victory Celebrations in Moscow in May 1945. His fame wasn't just limited to his work as one of Odesa’s famous jazz musicians, he was officially  recognized as ‘The People’s Artist’ with  honors bestowed upon him in 1965.

On March 9th in 1982, he passed away, leaving grieving fans to mourn the loss of their most beloved musician and songwriter, as seen expressed in the short but powerful inscription at the base of the statue: "To Leonid Utesov – from a grateful Odesa".